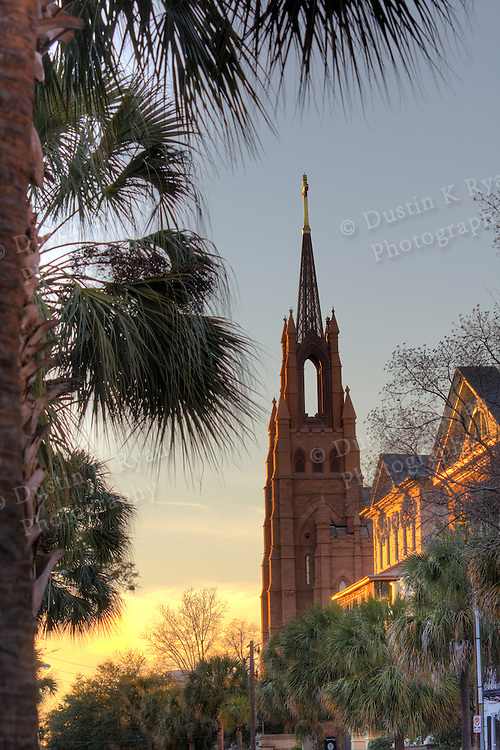 The Cathedral of St. John the Baptist is the mother church of the Roman Catholic Diocese of Charleston, located in Charleston, South Carolina. The Most Reverend Robert E. Guglielmone, D.D., the thirteenth Bishop of Charleston, was ordained and installed on March 25, 2009.

The Cathedral seats 720 people and is noted for its Franz Mayer & Co. stained glass, hand painted Stations of the Cross, and neo-gothic architecture. The cornerstone was laid in 1890, and the church opened in 1907. The spire was not built at the time due to the lack of funds during the construction of the cathedral and its numerous renovations. The church was finally completed in March 2010 with the addition of the steeple with bells.
Dustin Ryan
Charleston South Carolina Architecture and Landscapes